Buying THC oil. Sounds easy until you realise that it’s not permitted in Europe. In this article we explain why it’s not allowed and the fact that actually THC oil doesn’t even exist. Do you still want it? If so, we suggest it’s better to make it yourself rather than look fruitlessly for a clandestine address that may or may not sell THC oil. Time to get properly into this article. Coming? 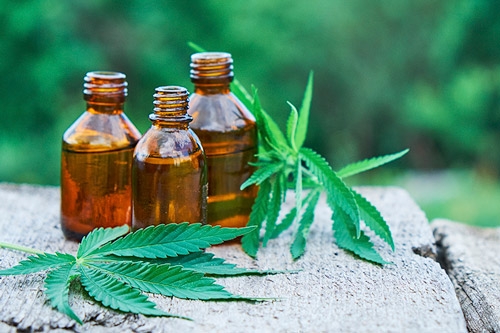 What is THC Oil

THC oil is a weed oil that is rich in the substance THC. That is one of the cannabinoids derived from weed by heating it for a period. THC, or delta-9 tetrahydrocannabinol, is renowned as the substance which gets cannabis smokers high. But THC can do so much more than just provide you with a pleasant high. Take a look at what the Dutch Ministry of Health, Welfare and Sport states about the efficacy of medicinal cannabis [1]:

Note the cautious choice of wording – may help. The Dutch Ministry also states that mediweed plays no role in the curing of the complaint in question but that the plant may help to relieve the symptoms.

But you don’t have to smoke weed at all in order to get high from it. You can also vape THC from weed or take it via the stomach. Think of the famous space cake, for example. The uptake and effect of THC via the stomach and the liver is a bit different from that when it passes over the lungs from smoking or vaping. Many persons experience a more powerful, longer-lasting high that happens much later, but there are those who absolutely don’t get high from exactly the same space cake. These individuals have a divergent enzyme in the liver whereby THC doesn’t get converted when taken orally.

The fact it lasts longer makes dosing with space cake and also THC oil particularly onerous. For that reason, many are inclined to take more after quarter or half an hour. That is a bit risky because the onset or first effects often come only after an hour or two following ingestion [2]. 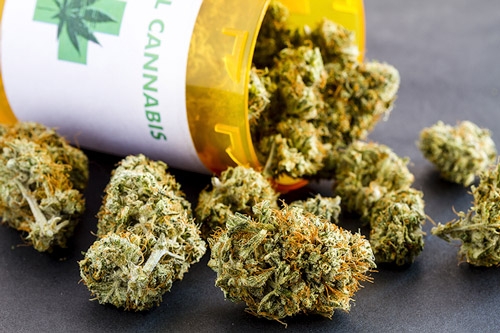 Weed oil is a collective name for all oils that are extracted from weed. CBD oil does not come under this. This nutritional supplement, which is freely available in almost all European countries, is derived from a hemp extract, a THC-poor variant from the cannabis family. Hemp is strictly controlled. That’s the reason there are only a few true hemp farms in existence. Have you read lately in the newspaper that yet another hemp farm has been destroyed? What the media really mean is that a weed farm has been put out of business.

In Groningen province in the Netherlands there are approximately 1,200 hectares of hemp growing and blooming freely and happily. In France there are at least 40,000 hectares under cultivation with industrial hemp and throughout Europe you can find acres of hemp. Even if you smoked all the hemp in Groningen is a single afternoon you wouldn’t get stoned or high. This hemp is used to make CBD oil, and also building materials or even car parts.

Weed is another variant from the same cannabis family as hemp but weed is (still) not controlled by the government. Therefore we don’t know what exactly there is in a weed bud when bought, other than some estimate of a low or high THC and CBD percentage by someone who may not have grown it themselves. You can see that this is not a good state of affairs. Possibly, and hopefully, this will change in the future.

So THC oil doesn’t actually exist. After all, we aren’t able to say how much THC an illegally produced oil contains. We hope you get the difference because understandably the confusion is easily made. When we talk about THC oil at Dutch Headshop, then we always mean weed oil the composition of which we don’t know.

Earlier in this article we mentioned that weed oil is produced illegally. Now ‘illegal’ is a particular word when we talk about weed (not hemp). This has to do with our authorities’ wish for THC not to be used to any great extent. After all, the stimulant influences our ability to think, responsiveness and a gamut of other interesting properties. In this sense its use can be compared with alcohol.

The Dutch tolerance policy is to allow individuals to do whatever they deem appropriate at home without causing trouble for others. Weed is completely forbidden as far as driving is concerned. Concentrated extracts of weed, including weed oil, are not allowed to be traded. Only weed and hash are allowed to be traded in designated coffee shops. The Dutch tolerance policy is broader but that subject falls outside the scope of this article.

In short: buying weed oil is not legal and therefore inadvisable. After all, you don’t know how it was made or what it contains even if you know an address where you can get it. At Dutch Headshop you cannot buy products with THC. In that respect, we comply with European legislation. 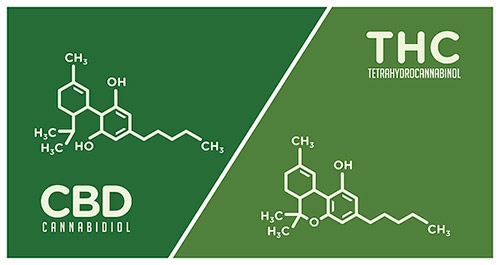 What does Weed Oil do?

The effect of weed oil is fairly simple. In the same way as weed that is smoked or vaped, weed oil has a relaxing and narcotic effect on the body. Many people benefit from it after a day’s work or to relax over the weekend. Apart from recreational use, there is a growing number of people who claim to benefit from weed oil with THC as far as their health is concerned. We do know that THC alleviates pain, may counter spasms and may also reduce nausea.

But there are also disadvantages that come with THC-rich weed oil. The oil has deleterious effects on short-term memory (which incidentally are not permanent as its restored a few days after you stop taking the oil). It’s also more difficult to dose than a joint or vaporizer, and THC can lead to unpleasant experiences in both the short and long term. It can create paranoid feelings and people who are sensitive to psychoses, or where such runs in the family, have a considerably raised risk.

In addition, the feeling that THC can invoke may have an addictive effect. In its own right the substance doesn’t create a dependency, but the mental longing for something to ‘take the edge off’ is indeed problematic. There are plenty of people who find the high a lot more pleasant than having a life without weed. And that’s the reason that clinics are often full of weed addicts. So use weed and its extracts in moderation! 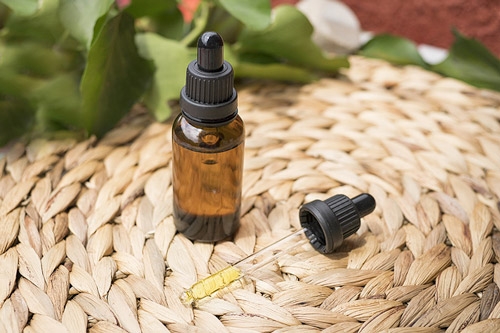 It is quite possible to make your own weed oil. In the Netherlands this do-it-yourself activity is also covered by the tolerance policy. We’re not sure how legislators in other European countries are responding so we won’t discuss that at all. Rick Simpson, the modern discoverer of how to make weed oil, employed a method that is somewhat more complex than Wernard Bruining’s accessible method.

Simpson developed an oleaginous substance, rich in THC from weed and began to use this oil to treat his skin affliction. According to his own testimony, he cured himself of skin cancer using this mediweed oil that is often called Rick Simpson oil (RSO). Simpson shares his recipe for making weed oil on his website. Please note: you cannot buy weed oil via this website; all you will find there is information about how you can make this powerful weed oil for yourself.

Wernard Bruining, chairman of ‘Stichting Mediwiet’ (Mediweed Foundation), developed a more accessible form of THC oil by diluting the Rick Simpson oil with olive oil. This makes the weed oil easier to drip and consequently easier to dose. Moreover, the psychoactive effect is a bit less overpowering. For that reason, many people find this THC oil much more pleasant to use. Wernard Bruining regularly gives workshops at his foundation in Haarlem about how to make your own weed oil – fully in accord with Dutch regulations.

Recipe and Instructions for Weed Oil

Would you like to make your own THC-rich weed oil? If so, have a look in this article where we describe the entire process. All you need is the Cannolator, some alcohol that is suitable for consumption and, of course, a few grammes of weed or waste cuttings. In this way you can make good use of your waste cuttings to produce something worthwhile. But be aware that you are not allowed to deal in this oil and be careful with the highly flammable alcohol. It goes without saying that if you undertake this project, it’s at your own risk.