Buying or Smoking CBD Weed? Everything You Need to Know

The interest in medicinal weed keeps on growing and CBD weed is extremely popular. Unfortunately, buying CBD weed is still a tricky business and a lot of people are given false information about smoking CBD weed. For example, did you know that you can get incredibly and pleasantly high from CBD-rich weed and that it tastes just as good as THC-rich weed from the coffee shop? In this blog, we discuss all aspects of medicinal weed. From buying CBD weed to growing it: it’s all up for discussion! We leave no aspect untouched. 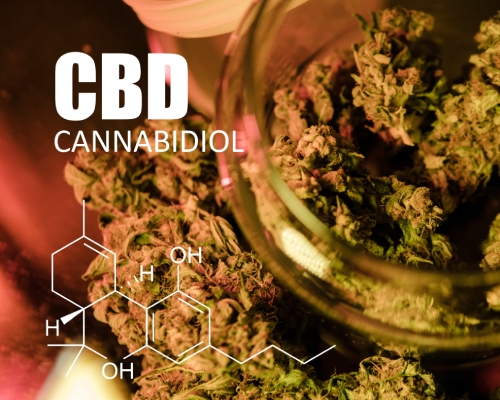 What is CBD Weed?

CBD weed is nothing more than weed with a relatively high percentage of CBD. A lot of people regard this as being medicinal weed. This is true in part, but also weed with a lot of THC or other substances can work medicinally. Usually, CBD-rich weed contains between 5 and 20% CBD. In addition, a certain amount of THC may also be present, depending on the strain. Users who buy or smoke CBD weed do this for medicinal purposes. But don’t be misled! CBD-rich weed can also deliver a really great high for stoners as well.

You can buy CBD weed in the coffee shop. Although there are still not many coffee shops that have put this form of medicinal weed on the menu. So you have to hunt around. What’s really on the up-and-up though is the cultivation of medicinal weed. One reason is because you can’t get it in every coffee shop, but it’s also because the demand for medicinal weed keeps growing. Growing medicinal weed is the same thing as growing ‘normal weed’. All you have to do is choose one of the many CBD seeds. The rest is no different from usual.

For a lot of people it’s crystal clear, for yet others it’s still an unknown. So, in short: “What is CBD?” CBD is one of the hundreds of substances in cannabis and is a member of the group of cannabinoids under which THC and CBG also come. Cannabidiol, to give the substance its full name, is famed for its versatile (medicinal) properties. CBD products are usually obtainable legally in many countries. CBD Oil is by far the most recognised form. You cannot get high or stoned from CBD alone. That’s also why CBD is very popular among medicinal users. 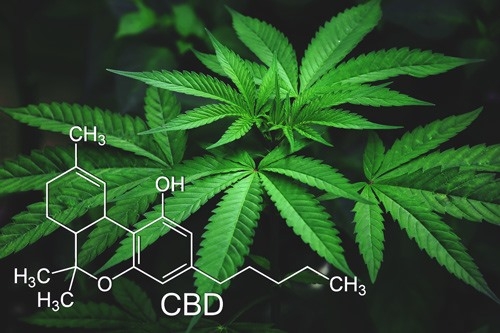 As mentioned, you cannot get high or stoned from CBD alone. Nevertheless, you can definitely feel something when you smoke CBD weed. You can even get high for a long time from smoking CBD weed. That is because this form of medicinal weed contains a lot more substances which appear to work in combination with each other. We call that the entourage effect. The most important substance that produces the high is THC of course. Many types of CBD weed contain a certain amount of THC as well. This amount varies from 1% up to over 15% in some cases. It’s down to what you, as a user, want to experience.

We have researched the smoking of CBD weed. Both by seeing what we could find on the internet, and directly as users. Our editorial team has also put it to the test by smoking and vaping several CBD weed varieties. Here’s a summary of the most significant findings of ‘the CBD weed smoking test’:

According to an article by CBDtesters [1], who did an interview with Reuters, Corso Serra di Cassano and Boris Blatnik - founders of Kannaswiss, a Swiss company that grows high-quality hemp flowers and produces CBD-rich hash - the high is comparable to drinking a couple of glasses of wine. The users from the interview said that after smoking CBD weed all the tension disappears from their bodies. The article also praised it for the anti-paranoid effect. It could be a great option for those who want the calming and therapeutic effects of cannabis without the narcotic high of THC weed. 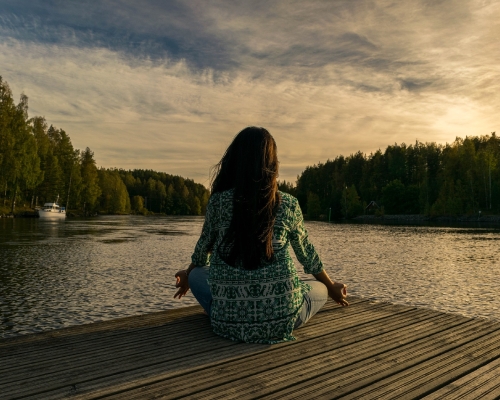 There is, of course, no such thing as a special CBD vaporizer but you can indeed smoke CBD weed in a vaporizer. For medicinal users who are opposed to smoking, this is the best solution for still being able to use medicinal weed. Using a CBD Vaporizer filled with weed you won’t inhale any bad substances such as tar and carbon monoxide. These substances are released when you smoke and are best avoided.

CBD weed is not the only thing you can vape in a vaporizer. There are also special vaporizers you can use to vape extracts or even CBD crystals with no less than 98% CBD. This type of vaporizer is also called a vape pen. You can view the information for relevant vaporizers in our webshop to see whether the unit is suitable for concentrates. If it says it is, then you will be able to vape the CBD concentrates mentioned above.

Buying CBD weed. It sounds simple but nothing could be further from the truth. Unfortunately, CBD-rich weed is by no means available in every coffee shop. Putting it more emphatically, you’ve got to look damn hard to find it. You should be able to find places in the big cities where you can buy high-quality CBD weed. Look for coffee shops with an extensive menu and not the more commercial ones aimed at tourists. Ask the staff for CBD weed. They’re sure to be able to help you or direct you to a place where you can indeed buy CBD weed. In small towns it’s usually problematical. Buying CBD weed here is probably off the agenda. Nor is it a good idea to look on the internet because you never know whether the people have good intentions. What’s more, you don’t know whether the CBD-rich weed you’re buying is good quality or not. Or whether it might contain harmful substances.

One good option is to cultivate your own medicinal weed. It really isn’t that difficult and in some cases even tolerated. 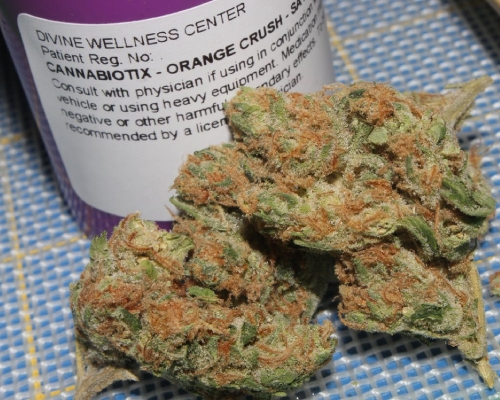 It’s really not difficult to grow medicinal weed. In fact it’s the self-same process as for growing normal weed. Look through the CBD seeds or medicinal weed seeds in our shop and see which strain suits you best. You can filter on characteristics and specification for each brand. For example, make your choice based on the desired CBD percentage or another characteristic that’s important to you. The filters are designed to make it easier for you to choose.

Weed seeds arrived at home? After that, it’s exactly the same as for any other cultivation. Our master tip for beginners: read our leaf problem blogs thoroughly before you get started. These cover the basic rules. For growing medicinal weed as well. In the other parts of the series, we cover how to avoid deficiencies and diseases in ordinary or medicinal weed plants. 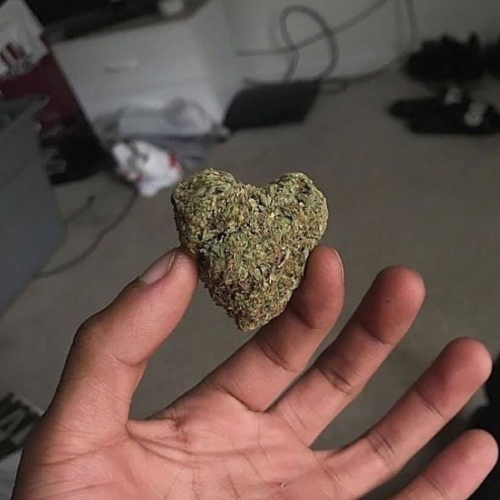 Medicinal weed is grown using special seeds. These are commonly referred to as CBD seeds or Mediweed seeds. As stated, Mediweed seeds often contain more CBD than THC, but this is not necessarily the case (more about this later). To help you on your way, we are going to list a few of the popular CBD seeds for you. Check out the information for each to determine whether the taste, the effect, or for example the CBD percentage is what you’re after. If you have any questions about a seed, you can always get in touch with our customer service! The best Mediweed seeds at a glance: 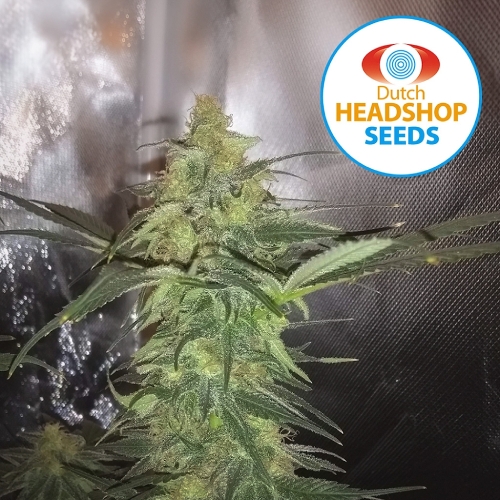 When it comes to CBD seeds, Medical Marijuana Genetics is the king of the producers. Their CBD seeds are what you need to grow for the highest CBD content. The CBD percentage of the medicinal weed you can grow with these seeds can go up to 20%. For your convenience, we have listed the 2 most CBD-rich weed varieties for you:

Master Hemp MH-1 CBD and Candida CD-1 have even been awarded one or more cannabis cups. These best sellers are what you need to grow for the highest CBD content.

1:1 weed seeds are weed seeds where the THC content is just as high as the CBD content. The result: a great balanced high from which it’s nearly impossible to experience paranoid feelings. The entourage effect plays an important role in this high. In 1:1 weed seeds, the cannabinoids reinforce each other in an optimal way. A selection of the best:

Are you looking for a cup winner? If so, then go for Painkiller XL or CBD Skunk Haze! 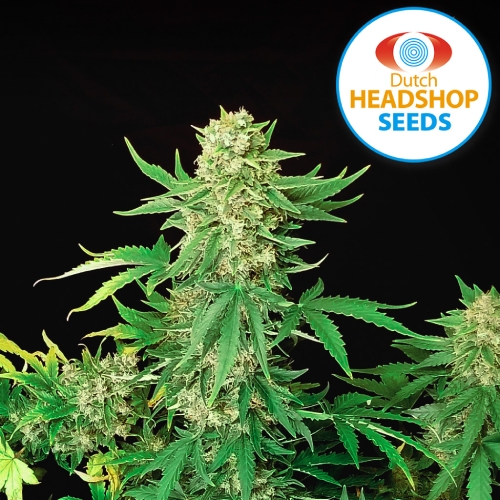 Is All Medicinal Weed Rich in CBD? No!

Medicinal weed is not necessarily rich in CBD. There are also THC-rich strains that work well for medicinal users. People who don’t mind getting stoned often opt for THC-rich medicinal weed. It’s also known that THC has different medicinal effects from CBD but we aren’t allowed to say any more about this. Consult your family doctor to see whether it makes sense in your situation to use medicinal weed. To round off the list here are some of the best Mediweed seeds that are rich in THC:

Both Vanilla Kush and CBD Compassion are former winners of a cannabis cup. Do you always go for the number #1? Then your choice is easy.

Posted in CBD Weed By