Have you always wanted to smoke dabs? It’s easier than you think. Especially if you start off with rosin. You know, it’s that green stuff that you always see being poured into the rolling paper in films. Rosin is the weed concentrate that anyone can make. You don’t need a particularly large budget to purchase the things you need and then you’re all set. We are going to teach you here what rosin is, how you can make it and what you need for this. In short: your masterclass in making rosin. Ready for some dabs? 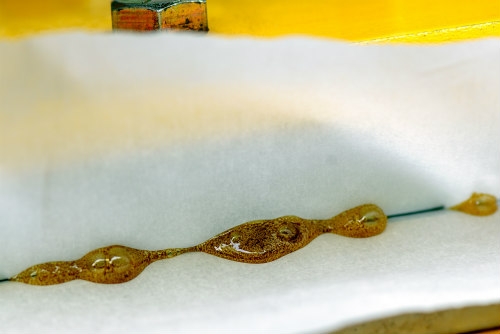 In this 4-part course we’ll teach you how you can make high-quality dabs in a professional manner. You’ll find everything here: the equipment, a step-by-step plan, handy photos and clear instructions. Furthermore, in each part we will point out the advantages and disadvantages of each weed concentrate. All so that you can enjoy them in a responsible manner.

Are you looking for items with which you can make dabs? Rosin press, oil extractor or something else? Check out what’s on offer in Make Concentrates and Weed Dabs. You’ll find everything you need here!

Rosin is the name of the weed concentrate that is made by pressing weed buds or hash at high temperature. What is left over is a THC-rich ‘rosin’ which is an alternative name for ‘resin’. Rosin is the best-known and most commonly used type of weed concentrate for dabbing. In part, that is because you don’t need any propellant or other chemical substances for the extraction process. Furthermore, many people make rosin using household, garden or kitchen tools (such as their mother’s hair straightener). You can improvise like this but for the best results it makes sense to work professionally with specially made equipment. And it’s a lot safer as well! 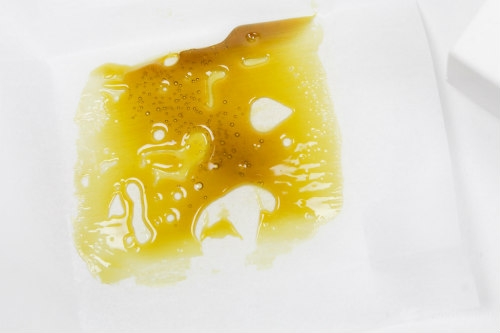 There are all kinds of weed dabs, but rosin is one that has many advantages. Rather strange in fact. The type of concentrate which is the easiest one to make, also has the most advantages according to afficionados. In which case, why would you still try to make BHO, shatter, crumble, wax or ice-o-lator? Particularly after seeing this little list:

No chemicals and safe to make

Rosin is a completely natural weed concentrate. Provided you use completely natural weed or hash, at least. In any case, no chemicals are used in the production or extraction process. All those substances that are used in the production of other types of dabs - e.g. isopropylalcohol, propane, dimethylether or butane gas - are not necessary. That’s nice because you know exactly what’s in your concentrate, whereas with the other types of dabs you never know whether they still contain chemical residues.

Moreover, making rosin is a lot safer. Extraction using the above substances can be dangerous because they contain poisonous or flammable substances. There can also be a risk of explosion if you’re working in an enclosed space.

A high THC percentage and the flavour are maintained.

The good thing about rosin dabs is that you produce a weed concentrate with just as high a THC content as other types of dabs. Except it costs you a lot less effort. Rosin has an average THC percentage of 76%. The percentage in wax, BHO and other types is also around that figure. But it is very dependent on the production process. It’s possible for quite a lot to go wrong.

A large part of the terpenes and flavonoids gets lost during the production process for many types of dabs. These are the substances in weed that determine the taste profile. This is to the detriment of the weed’s taste and aroma. If when making rosin you keep the temperature under 102 degrees Celsius, all these substances are retained in your rosin concentrate. Dabbing for connoisseurs then. 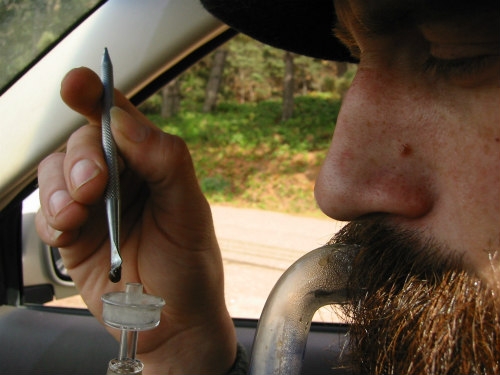 Dabbing with a dab nail

No expensive purchase costs or bits of plant material

You don’t need any expensive items to make rosin. A budget of a couple of dozen Euros is all it takes. Forget about expensive ice-o-lator equipment and oil extractors. With a rosin press and some tools you’re all set. And if you do buy the right things? Then you end up with a pure concentrate free of any bits of plant material. Better from a taste point of view and easier on the eye.

Are you convinced and looking to get started? Then you first have to acquire the following items:

The entire process for making rosin is also referred to as ‘Rosin Tech’. It’s an American invention which became very famous within a few years. Hence all the English terminology. All you need is the above items, plus some weed (or hash/kief) of course. Follow the steps below: 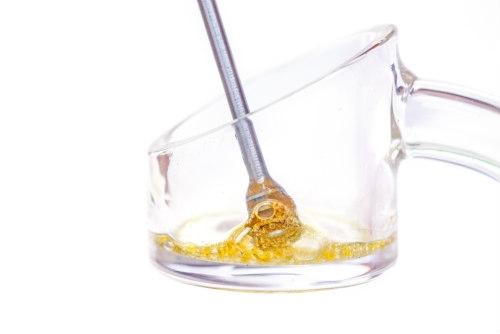 We have a few more tips for you, so that you get the best results. Naturally, you should follow the rosin tech instructions above 1 or 2 times to work out the best way, but these tips and tricks should also help you out!