Is Dreaming the same as Tripping on Psychedelic Drugs?

Soft drugs like weed have an effect on our sleep. Most people say, for example, that after prolonged use you don’t dream any more. But there are plants which have the opposite effect and put you in touch with dreamland. Dream Herb and African Dream Root for example. Taking plant extracts to influence our dreams sounds just like using psychedelica. More emphatically, recent studies show that our brains exhibit the same activity in a dream as they do under the influence of Magic Truffels. What does this mean and why is it important?

The Meaning of Dreams

With our Western mindset, we find dreams a bit strange. Even if we have them, or recognise that we have them, we prefer not to share these deeply personal images with each other. But for primitive societies like the indigenous inhabitants of Australia, dreaming is a vital aspect of everyday life. That originates from the historical tradition which the Aboriginals call Dreamtime - a period of order in their story of creation. These cultures don’t have a book to which to refer. All historical knowledge and interpretation is passed from generation to generation by word of mouth. 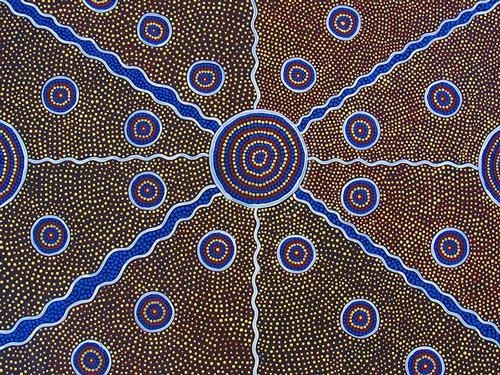 What’s interesting is that you won’t find a word for ‘time’ in any Aboriginal language. It seems that the concept of time as we know it doesn’t exist for them. Consequently, dreamtime is not a period in the history of the Aborigines. For indigenous Australians it’s comparable with the events in Genesis, for example, but with the difference that Dreamtime is still taking place. Every night the indigenous Australians return to Dreamtime. If that doesn’t sound too trippy!

Important research: Is Dreaming and Tripping the same?

In Western culture where empirical proof is important to our way of life, dreaming is a bizarre fact. What are we supposed to make of those strange thoughts and images that come when you close your eyes? We know that dreams happen during REM sleep but we can hardly conjecture what the function and value of dreaming are. We can measure that there is change in consciousness during REM sleep. Brain activity changes enormously as we sleep, multiple times per night even. We need evidence to explain the change in consciousness and the frequently distorted images of reality accompanying it.

A study by a team of scientists led by Enzo Tagliazucchi, neuroscientist at the University of Buenos Aires, looked for a way to shed light on dreams and at the same time for an explanation as to what people experience during a psychedelic drug trip. 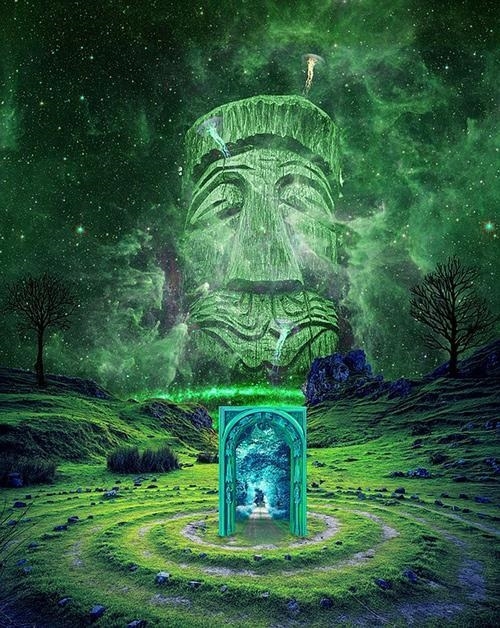 How was the study conducted? The team looked for correspondences in word choice between the huge archive of Erowid.org where anyone can share their experiences with drugs and Dreamjournal.net where you can jot down your dream in comprehensive detail. Currently, the Dreamjournal.net site numbers more than 200,000 dream reports.

The research shows that there is an incredible amount of correspondence between the way in which a dream or a trip are described. It is noteworthy that the most correspondence is seen between dreams and trips in the case of classic hallucinogenic drugs like shrooms, LSD, DMT, ayahuasca and peyote cacti which contain mescaline. Others mentioned are THC, Salvia divinorum and MDMA. 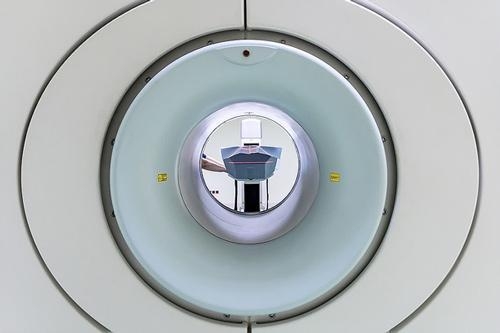 If you have ever had shrooms, cacti or ayahuasca, it won’t surprise you that there are correspondences. But physical evidence was lacking. Until an investigation took place in 2014 using fMRI brain scans. Fifteen persons went into the fMRI scanner tunnel under the influence of psilocybin, the active ingredient in Magic Truffles and shrooms. While the participants underwent an inner journey, the researchers saw certain parts of the brain light up from the activity; the same activity as observed in people while dreaming inside these scanners.

The areas in the brain are mainly those responsible for self-consciousness, logic and decision making, and they became clouded and uncoordinated. Parts for memory, arousal and emotion were much more active and more coherent. People say that everything feels dreamy in a shroom trip, but now there is support for the fact that tripping and dreaming display similarities in the brain. 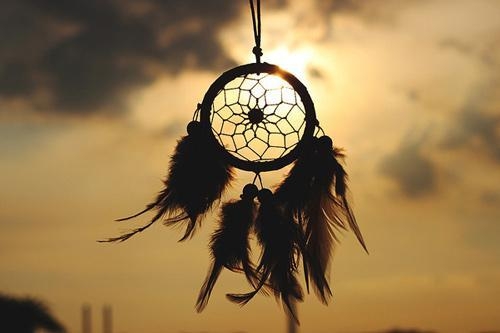 Correspondences between Dreaming and Tripping

We want to share some of the descriptions which keep recurring on Erowid.org and Dreamjournal.net with you.

Correspondences between Dreaming and Tripping

Apart from the correspondences there are, of course, differences. One big difference is that dreams are often less detailed than trips. With the exception of so-called lucid dreams. In a lucid dream you ‘wake up’ during your dream realising that it’s not real. You are aware of the fact that you’re dreaming and sometimes the dream just continues with this awareness. All at once you can influence the dream and the detail grows in depth up to the level of a George R.R. Martin book. 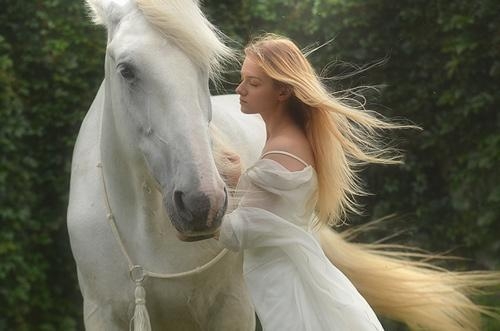 On the subject of books, David Jay Brown wrote a book in 2016 about the correspondences between lucid dreams, psychedelica and shamanism. In his book Brown talks about the correspondences between different forms of consciousness. Other states are dealt with such as deep meditation, out-of-body and near-death experiences. As well as providing information about lucid dreaming, Brown also shows that the use of plants like Calea and African Dream Herb facilitates gaining control over the dream or remembering it better.

Dream herbs: Psychedelica for in bed?

Silene, Calea and African Dream Herb share in common that they are used by shamans to get more out of a dream. As we wrote earlier in this piece: according to primitive peoples a dream is much more than something that happens to you. With the right attitude and the intention to remember your dream and treat it as something valuable, you can get more out of a night’s sleep than simply waking up rested. Dream herbs can help you in this. Some herbs like Calea (better known as dream herb) have the property of making your dream more visual or vivid. Others seem to exert direct influence on the phases between sleeping and waking. African Dream Herb (Entada rheedii) in particular has the tendency to stimulate visual images just before you fall asleep so that is seems as though the dream world is merging with the bedroom. 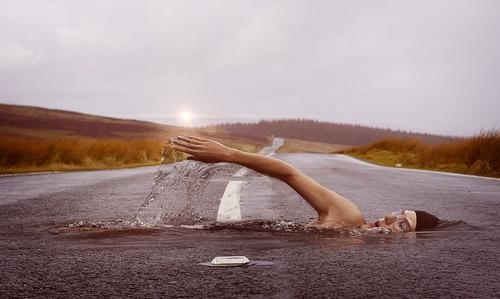 Can you use Magic Truffles for Lucid Dreaming?

The short answer: yes, you can. A truffle taken before going to sleep can make your dream trippy, more colourful or allow you to dream if you think that you don’t. Even a microdose of a gramme or less of fresh Magic Truffles can induce that. Do note, however, that there has not been any thorough research into the relationship between lucid dreaming and psychedelica. But some experiences are described at Erowid.org. The question is, of course, whether you can really gain control over your dreams, but experimenting with a low dose of Magic Truffles is fairly harmless anyway. Be aware though that it may influence your sleep and thus might mean you wake up less refreshed. 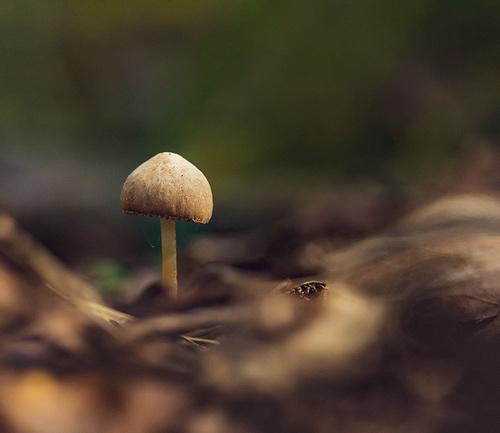 What the Correspondence between Psychedelica and Dreams Means

According to the researcher Enzo Tagliazucchi there is a more limited number of mental states we can be in than was previously assumed. So a trip and a dream can be one and the same thing, given the way in which we reach such a state. For some people the correspondences in the experiences have a deeper, spiritual significance. Perhaps there is indeed a hidden dimension which reveals itself in such a state. We are gradually learning more about dreams, the effects of shrooms and other psychedelic smart drugs and about our consciousness. Things which the primitive peoples like the Aborigines never forgot.

Want to exert some influence over your dreams this evening? Then grab hold of this article!

“The Experience Elicited by Hallucinogens Presents the Highest Similarity to Dreaming within a Large Database of Psychoactive Substance Reports”, Frontiers in Neuroscience, Beschikbaar: https://www.frontiersin.org/articles/10.3389/fnins.2018.00007/full