In the previous article from this series you could read that microdosing was on the up and up. The use of a minute amount of psychedelic mushrooms or magic truffles is completely happening. However, the active substance psilocybin in the commonly used shrooms and truffles is definitely not the only stuff which occurs in nature and allows us a glimpse into another dimension. We delve deeper in this article into the hallucinogenic drink from South America: ayahuasca. Could you also microdose ayahuasca? 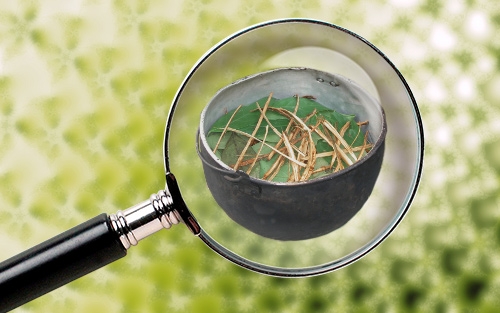 Another brief summary about what microdosing is. Microdosing a substance which at a normal dosage would lead to tripping and hallucinations is done so as to become more creative, to be able to think ‘out-of-the-box’ and obtain insight into the complex problems of today. Because of these possibilities, microdosing is a hot topic in the USA’s Silicon Valley where the apparently impossible is the order of the day. Every device has to be smaller, more powerful and use less energy. The factors at work here are almost a science in themselves. Just imagine: the almost otherworldly product that you still have to develop has already been sold by your boss. And he’s asking if you can deliver it by Monday of next week.

For some people working eight days a week in the tech sector this is the reason for starting to radically experiment on themselves. One of these experiments is taking a tiny dose of LSD for a certain number of days. At just the right amount so as to not hallucinate. And that produces an effect.

All the gain, without the pain. In essence, you experience the positive effects of psychedelics but without the visual trip which you would expect to have with a higher dosage. Effects reported include:

These are more or less the same effects that people experience during and after a heavy trip on shrooms, DMT or ayahuasca. Apart from the fact that with a heavy dose you are of course completely off your head. A trip turns you inside out and you have difficulty dealing with the slightest everyday matters. Just watching television seems a huge task. Even with a mild trip you see so-called after images or ‘tracers’. As if you see each image two or three times in succession. But that’s not the case with a measured small amount of these powerful plants, plant extracts, mushrooms or synthetic substances. 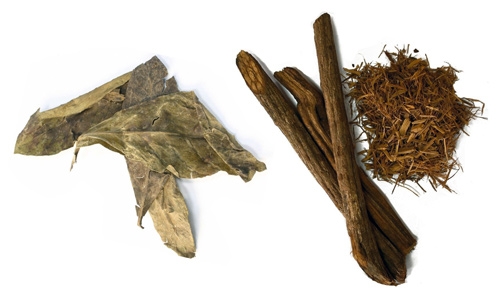 The substance in ayahuasca which allows us to see another dimension is DMT. More precisely, N,N-Dimethyltryptamine. This is an alkaloid which is related chemically to the hormone serotonin. Therefore it serves as a key to the same lock. In this way, both serotonin and DMT allow us to experience a feeling of bliss. All classic pschedelics work like this: shrooms and truffles, the peyote and san pedro cacti and LSD for example.

Although that does not imply that they all provide the same effect. Some effects display similarities, while others are radically different. The effect of the hormone serotonin is not comparable to DMT. Because although the key fits in the lock, it’s the whole bunch of keys hanging thereon that determines the effect. And that makes a big difference. The molecules of the substances are different.

But there is a caveat. As we have written in the blog about ayahuasca, DMT doesn’t work if you eat it or put it in tea. A substance is required which stops the DMT being broken down in order for it to be active. We call this substance an MAO-I (Mono Amine Oxydase Inhibitor), or MAO inhibitor. In the case of ayahuasca this is traditionally derived from the bark of a liana, namely Banisteriposis caapi. DMT itself, or ayahuasca, is usually obtained from chacruna leaves (Psychotria viridis).The magic, and at the same time, the danger of ayahuasca is dependent on the correct ratio and dosage of the two substances. 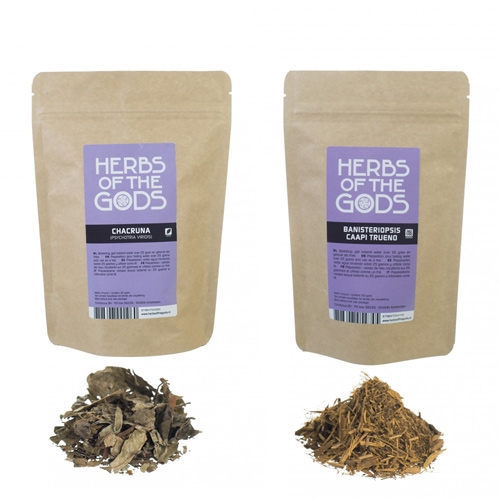 Both chacruna and banisteriopsis are natural products. One leaf may contain more DMT than another and the same applies to the liana with regard to MAO-I content. For this reason, it’s tricky to say how much you need of each for making ayahuasca. Not for no reason is the making or the selling of it illegal in the Netherlands. Although the ingredients may be bought, we don’t want to induce you to make this concoction yourself. After all, we don’t know what your physical build is, or your psychological background, or your reason for making this potent, hallucinogenic tea. We would rather leave that to experienced shamans. 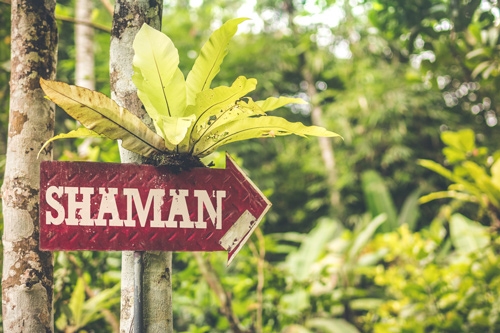 We can tell you that a microdose of ayahuasca is approximately from one tenth to one twentieth part of a mild dose. You can probably imagine then that the effect is considerably toned down. That is to say that, for example, you’ll feel less nauseous and will not experience the colourful inner journey for which ayahuasca is both renowned and notorious. The microdosing of DMT (which is what you’re actually doing) potentially produces the same results as microdosing with magic truffles. Thus it begs the question: why would you do it given that a microdose of magic truffles is easier, cheaper and safer? 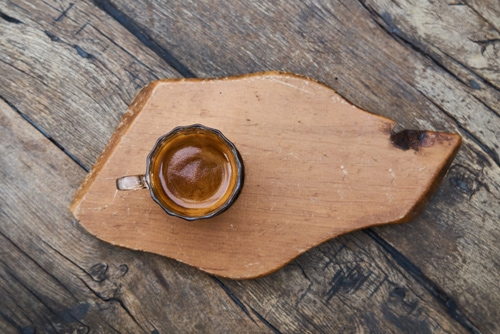 For the majority of people, it’s all about experimention. ‘It’s fun to have tried it once.’ We advise against doing it with ayahuasca because there is still too little solid evidence to recommend it as a microdosing alternative. Determining the dosage and how much constitutes a microdosage is difficult without mentioning the preparation... These are all factors with plenty of room for error.

Our advice? In terms of microdosing, it’s better to take a gramme (or less) of magic truffles.

We consulted the following articles in putting this one together: