Ayahuasca, a hallucinogenic drug from the Amazon, is gaining huge popularity in Europe. Without any difficulty, you can sign up for group ceremonies in which it is used. This shamanistic potion is known not only for its unique and powerful trip, but also as an alternative remedy for countering anxiety and depression. Ayahuasca experiences vary in nature from "terrible" to "the best thing that ever happened to me". Read all about 'the magical potion from the Amazon’ in this blog and find out where you can buy Ayahuasca. 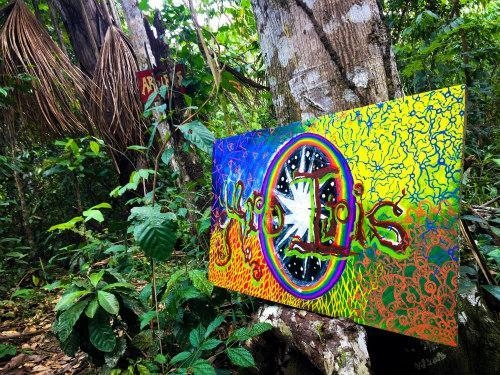 Ayahuasca is a hallucinogenic tea made from Amazonian medicinal plants. It has been used for hundreds of years by indigenous tribes in South America for a process of spiritual healing. The aims included driving away the fear of death, meetings with ancestors and a holistic perspective on the world.

The drink is brewed by combining different plants. The major active substance in one plant is DMT (in full: N,N-Dimethyltryptamine). More about the effect of Ayahuasca later.

The reddish-brown tea tastes very bitter and still in use today for religious rituals. Ayahuasca means ‘twining plant’ of the soul, which describes really well the powerful psychedelic trip. Although recreational tripping on Ayahuasca is discouraged on account of the intensity and duration of the experience (up to as much as 8 hours), the Amazonian drug is also used for alleviating anxiety and depression. Proper Ayahuasca ceremonies are organised for this purpose. At these you can take the drug with a group of others under professional guidance. Users and scientists are positive about the ‘alleviating’ effect of this increasingly popular tripping substance. According to scientists, one session could make the use of antidepressants, for example, unnecessary.

‘Is Ayahuasca Prohibited?’ Yes, the brewed drink is illegal in the Netherlands. Even so, you are able to buy the ingredients for Ayahuasca. You can buy DMT Drugs or Ayahuasca in our web shop. In this article we are going to talk more about: 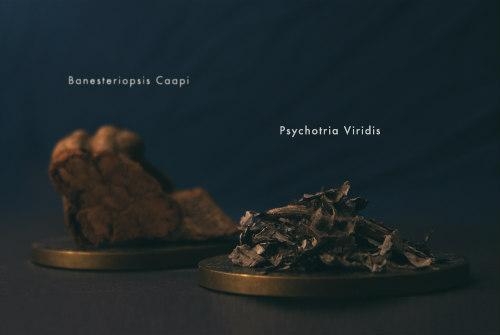 Ayahuasca drink and DMT drugs are illegal in the Netherlands. The ceremonies which facilitate their use are controversial. In April 2019, a ceremony in Eersel had a fatal victim. Various reports state that the victim had not used Ayahuasca. In political circles doubts have arisen about the so-called ‘healing sessions’ and there are demands for them to be investigated. Organisers of Ayahuasca ceremonies were forced to stop holding their gatherings. Because: Ayahuasca is indeed illegal.

Nevertheless, you are able to buy Ayahuasca and plants which contain DMT in Smartshops. We discourage anyone from making Ayahuasca themselves. However, the substances are available to buy for anyone, anywhere. The substances can also be used in their own right as drugs. That’s why we want to explain how matters stand for you. To do that, we must first explain what DMT is, because this is the major active substance in Ayahuasca.

What are DMT Drugs?

DMT is listed in Schedule I of the Opium Act. The substance is regarded as a hard drug. DMT (N,N-dimethyltryptamine) is a naturally occurring substance. DMT of itself cannot harm you. The substance is actually found in your own body. The alveoli in your lungs, your kidneys and brain fluid are all full of it, though its precise function is unknown.

If you take DMT orally, it is immediately broken down by MAO enzymes in your stomach and liver. You will not feel anything from it. But DMT wouldn’t be such a popular drug if you weren’t able to space out with it. DMT extracts which you can derive via a complex production process will provide you with a heavy trip. By smoking pure DMT via a pipe, you get to feel the effects after just a few seconds and you’ll end up having a trip that lasts 20 minutes at most. Virtually all users talk about the famous ‘tunnel’ you end up in when you smoke DMT extracts. The trip is overwhelming and you no longer have any control over your body. Experienced trippers rate this highly. So now: how do you make Ayahuasca?

“A psychedelic trip with unprecedented hallucinations”

By combining DMT with so-called MAO inhibitors ((harmaline, harmine or d-tetrahydroharmine) your body’s decomposition process is disrupted. The result: a psychedelic trip with unprecedented hallucinations which last much longer than with DMT. A trip begins to play out after 15 to 45 minutes and can last for 2 to 8 hours. This is dependent on the preparation method and dosage of the drink. Traditionally, Ayahuasca is decocted with the vines from the Banisteriopsos caapi plant (MAO inhibitor) and leaves from Psychotria viridis, also known as Chacruna (contains DMT). But this trip drink can be prepared with other raw materials. As the years went by, more plants were discovered which contain DMT or MAO inhibitors. We have a collection of these in our web shop.

You can make Ayahuasca by combining a plant containing DMT with a MAO inhibitor. We reiterate that we discourage anyone from self-experimentation.Do you want to experience Ayahuasca? Consult a professional and look out for Ayahuasca ceremonies in your neighbourhood. Are you curious about what a trip on DMT drugs is like? Watch the video clip at the bottom of the page (Dutch language with English subtitles).

You can also use each plant or extract separately. The different substances have varying effects. Syrian Rue for example! That gives you a deeply relaxing and floating feeling. For the effects and preparation methods of the other products, check out the information on the product pages. 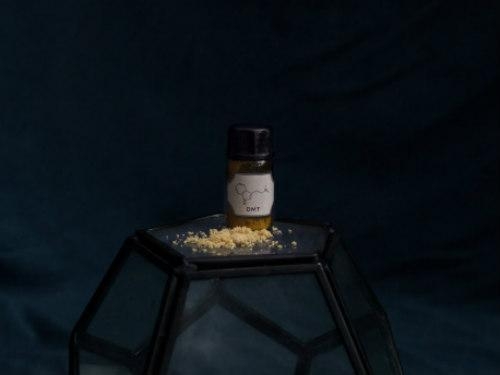 Ayahuasca Ceremonies are immensely popular. The best known provider ‘Innerlijke Reis’ [Inner Journey] has been organising gatherings for 15 years. Both young and old participate in them. During Ayahuasca ceremonies, around 20 users drink the tea together. The scene: a circle of mattresses with an attentive person in the middle to keep everything on the right track. Taking Ayahuasca is no small deal. You may throw up and sometimes it even causes diarrhoea. That’s why you need a so-called ‘trip sitter’ to be present. You can often divide these users into two groups: people who want to trip for the fun of it and people who are suffering from anxiety and depression for example:

Recreational Tripping on Ayahuasca is unbelievably intense. It is one of the strongest psychedelic drugs in existence. Being sucked out of your body, shocking images with extremely bright colours, talking with unearthly creatures, going through tunnels, mind-expanding happenings... nothing is too weird for Ayahuasca. 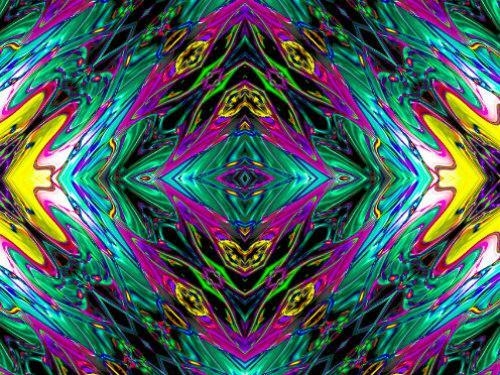 People who suffer from Anxiety and Depression try to gain more insight into themselves via Ayahuasca. Users say that by taking DMT or Ayahuasca you get more in touch with yourself. During a trip suppressed emotions can surface which are accompanied by intense screaming and other strange situations. Scientists have researched the use of Ayahuasca as a remedy for depression. In general the results have been positive and further investigation is being conducted into what Ayahuasca might offer for health care.

Nice and safe tripping? Read our Blog ‘This is how you trip safely!’, and properly prepare yourself. 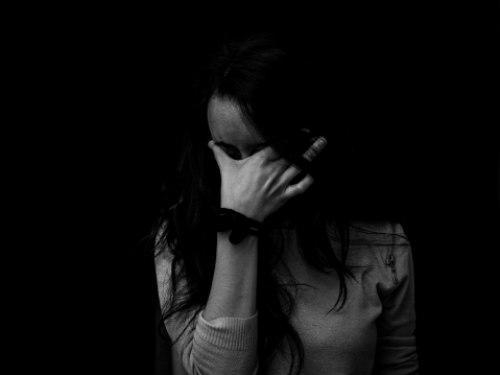 If you ask users about their Ayahuasca experiences, you get mixed messages. They range from ‘the best thing that ever happened to me’ to ‘never again’, and everything in between. People’s experience is heavily influenced by the preparation method for Ayahuasca. Professional providers know what they are doing. For the best and finest experience, you should seek out these professionals.

Good experiences with Ayahuasca are often those had by experienced trippers who have never had a trip at anywhere near this level before. Ayahuasca produces extreme hallucinations which cannot be compared with hardly any other drug. If you use DMT on its own then the trip is also unbelievably heavy but doesn’t last as long. While DMT gives a 20-minute trip, Ayahuasca will occupy you for some 2 to 8 hours. Users who are able to completely surrender themselves to the drug have the time of their life. Talking with religious figures or alien-type creatures, unbelievable but humorous images and signs, mysterious visions and a whole lot more. For people with strong minds but are able at the same time to surrender, this is paradise.

As well as the recreational trippers, there are also many people who consider that Ayahuasca has made a positive contribution to their mental health. Users claim that they become more in touch with themselves and this enables them to cope better with suppressed feelings, anxieties or depression. The substance can have an alleviating effect. People who are ‘heavily under the weather’ are more optimistic after a healing session.

Bad experiences with Ayahuasca are not unexpected given the side effects of the trip. After drinking the tea you very quickly get into a trip while your stomach and intestines are struggling to digest the stuff. You begin to sweat and feel nauseous when you take Ayahuasca. Vomiting is almost a certainty and in some cases diarrhoea occurs, which obviously no one wants. You won’t even be able to get changed. During the trip you are completely in your own world and you have no idea about what is happening on your mattress.

“Vomiting is almost a certainty”

Anxieties and negative emotions can surface during an Ayahuasca trip. These negative images are overwhelming during your trip and that can be very exhausting for some people. Psychologically unstable persons or people with psychiatric conditions are strongly discouraged from using the drug. Conditions can worsen significantly and you can become extremely upset for a long time. 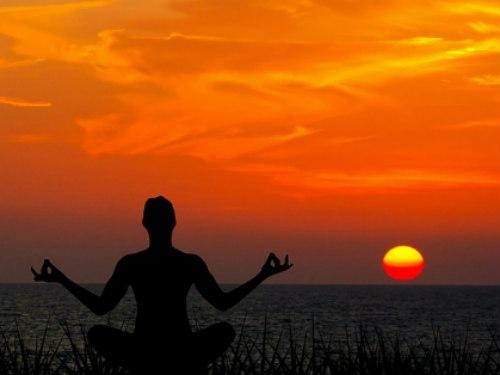 Just like any other drug, there are risks associated with the use of Ayahuasca. Especially if you suffer from a psychiatric disorder or psychological problems. Tripping on Ayahuasca can lead to the disorder/problem being exacerbated. Ayahuasca may even trigger psychiatric problems in people who are susceptible to such but don’t yet have them. This is the case with many psychedelic drugs.

The trip can be terrifying and extremely confusing. If you have never used psychedelic drugs and thus have no experience with these kinds of events, think this over carefully and don’t take it with a pinch of salt. During a trip on Ayahuasca or DMT you have no control over yourself. You have to surrender yourself to the drug. This sounds awful but it isn’t really. If during the trip you try to regain control you won’t be able to enjoy it.

Do you intend to use Ayahuasca? If so, there must always be a sober person present who knows what he or she has to do. The people who organise Ayahuasca ceremonies are the most suitable for this role. But there are also organisers who do not have the correct knowledge. Be warned about this. Using without assistance is very dangerous. Because of the risk of vomiting, someone must be around who can help you in case of potential choking.

It can also be dangerous to combine DMT or Ayahuasca with certain medicines or other drugs. ‘Antidepressants of the TCA or SSRI type, dextromethorphan, amphetamine, MDMA or serotonergic opiates such as tramadol, can cause serotonin syndrome. The use of antihistamines and medication for reducing blood pressure can be dangerous.

‘Do your research properly and take responsibility by discussing use of any medication with the organiser well in advance’, advises Jellinek, the Dutch drug experts.

Using Ayahuasca is particularly intense and heavy. The chance that you can become addicted is very small. As far as is known, Ayahuasca is not an addictive substance.