Microdosing - taking a little bit of a psychedelic substance to become more creative - began with LSD. That is rather surprising since LSD is extremely concentrated. For that reason, the microdose is very difficult to measure. The synthetic substance cannot be obtained legally in any case which makes you wonder whether there might not be better alternatives. 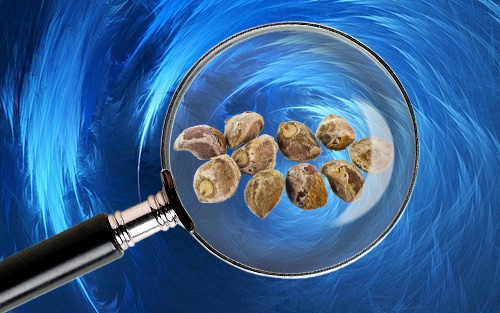 In this final part of a series about microdosing with various psychedelic smart drugs, we examine the history of microdosing with LSD and the natural and legal alternative of LSA which is found in Hawaiian Baby Woodrose seeds and Morning Glory seeds.

All the positives without the negatives. That might be one way of describing microdosing. You take a little bit (approximately one-tenth of a mild dosage) of a psychedelic smart drug in the hope of looking at a problem differently from how you usually look at it, for example. And all without seeing weird people, colours or patterns everywhere. How do you discover that this is possible anyway?

‘Not much is happening’

Just imagine: at some point you take too little of magic truffles or LSD to really notice any effect. By effect we mean experiencing all the crazy stuff. Meetings with strange beings, out-of-body experiences, talking to objects - you name it. Then we are talking about a high-level trip. Does nothing at all happen to you? In that case, you have probably: 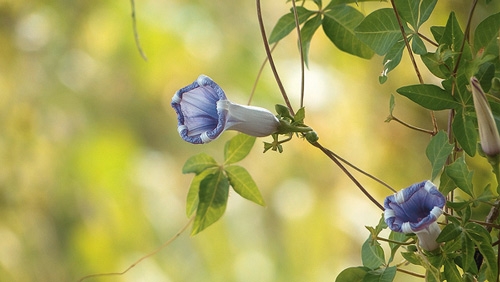 This is exactly how microdosing was ‘discovered’: by testing out taking tiny amounts of LSD for a few consecutive days. In the 1960s, LSD was popularised by the counterculture. Hippies sat and tripped in the park while listening to their favourite artists who in turn played music that was probably written under the influence of LSD.

But LSD and shrooms were not just popular with hippies. In the beginnings of Silicon Valley as well, where everything has to become smaller and more powerful, they got LSD out of the cupboard in order to gain new insights and make the impossible feasible. The advantage of LSD as a synthetic means of tripping is that the effect can be properly determined by fixing the dosage of LSD-25 very accurately. The disadvantage is that this goes on under uncontrolled conditions in which you are at the mercy of the dealer and have to take his word for it that a stamp contains that amount of LSD.

LSD is not legal in the Netherlands and as far as we know in no other country either. In the Netherlands, LSD is on Schedule 1 of the Opium Act and is therefore prohibited. The question is whether there is an alternative that is actually obtainable legally or perhaps a natural drug that is easy to cultivate. 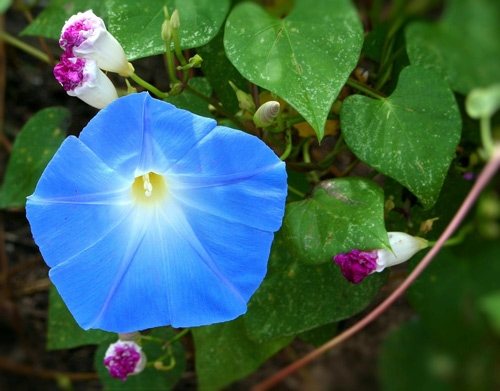 There are plenty of hallucinogenic substances that occur in nature. In this series, we have already discussed a few of them. And yet, experienced psychonauts firmly believe that an LSD trip is unique. For starters, an LSD trip lasts for up to 4 hours longer than with shrooms or magic truffles - up to 12 hours. But this series of articles isn’t about tripping. Would the freely available alternatives that exist in some countries be any different in terms of microdosing LSD?

Time to check out nature. There are a number of plants in nature (and perhaps in your granny’s flower bed) that produce, among other things, LSA. LSA stands for lysergic acid amide and is used to make LSD (lysergic acid diethylamide) in the lab. LSA is itself pyschoactive as well but to a lesser extent. In terms of feeling and visuals, a trip on LSA is comparable to one on LSD, only it’s a bit more restrained. How closely the trips resemble each other (or not) depends on the comparative material and the nature of the trips of the psychonaut who describes them. In our opinion, it doesn’t make a lot of difference for microdosing. All the effects are similar.

The Hawaiian Baby Woodrose (HBW) is a climber that can overrun your garden in no time at all with magnificently coloured flowers. The seeds contain LSA, lysergol and ergine which all contribute to the effects if the seeds are consumed.

There is around 0.25 mg of LSA in a single seed. That corresponds to approximately 25 µg LSD - which would be a low dosage. LSA has one tenth of the hallucinogenic power of LSD. Do you want to have a solid trip? Six seeds will get you nicely on your way. Because HBW seeds are so potent, we don’t recommend them for microdosing. For a microdose, you would only need to take just one tenth of a seed!

For advice on usage, read the product description for Hawaiian Baby Woodrose seeds. 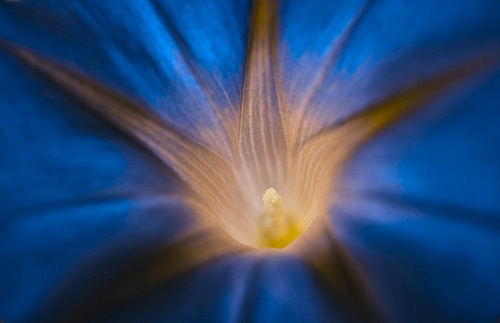 Morning Glory is a collective name for a whole range of plants that strongly resemble each other. It is claimed by some that there are a good 1,000 varieties named Morning Glory. Many of these attractive trumpet-shaped flowers produce seeds with LSA. In the case of the Mexican Morning Glory ((tricolor/violacea), we know that as well as the seeds, the lianas, flowers and leaves all contain alkaloids, including LSA. A handful of varieties are also actually cultivated as psychedelics.

One seed from the tricolor variant Heavenly Blue is not enough for tripping. To put it in even more perspective - before you would notice any visual distortions, you would have to eat 20 to 50 seeds. And yet this is the most commonly used and one of the strongest morning glory seeds. For a proper psychedelic trip, expect to take upwards of 250 seeds!

Because the LSA concentration is fairly low, microdosing is again a valid option. For example, 10 seeds of the Heavenly Blue makes for a very good dosage.

Both morning glory and hawaiian baby woodrose seeds naturally contain substances which can produce nausea. It’s a misunderstanding that this unpleasantness is caused by the LSA. However, there are other substances such as glycosides in the seeds which can cause stomach cramps and/or nausea. Fortunately though these pass more quickly than the positive effects last for. And the less you take, the less the side effects will bother you. Good news for microdosing, then! 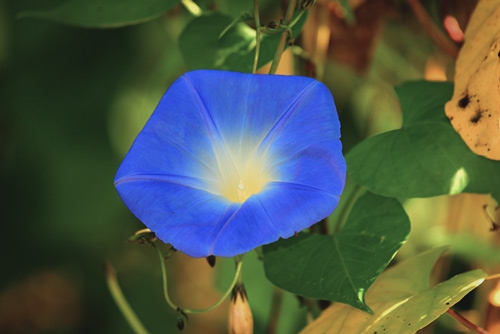 Is microdosing with morning glory or hawaiian baby woodrose a good idea? Morning Glory Heavenly Blue and a couple of other varieties contain a good amount of LSA with which to microdose. Hawaiian Baby Woodrose seeds are a good deal stronger and therefore less suitable for taking during work to get you thinking in another direction. You’re better off taking HBW seeds therefore when you’re planning to spend a couple of hours communing with nature. Try the Morning Glory LSA seeds out once and let us know about your microdosing experiences in the product feedback!